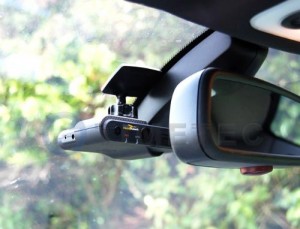 More and more drivers these days are purchasing, installing, and using dashboard cameras for their cars.  Many vehicles have them as a matter of course, like buses, tractor trailers, and emergency vehicles.   That said, regular drivers are getting in on the action as well - and with good reason!

Driving on the highway is a very dangerous proposition, as the Alexandria Injury Attorney knows all too well.  This is doubly true with so many people in the Metro area commuting.   More cars on the roads equals more accidents. Accidents usually come with injuries, so insurance companies now become involved to establish what happened, and sometimes more importantly, who is responsible.

Imagine two Drivers - A and B - who are on 395 South.  Driver A swerves in front of Driver B and hits her brakes.  Driver B is unable to stop in time and rear-ends Driver A, thus causing a collision. Driver A says he did nothing wrong, but so does Driver B.

Establishing liability can be a tricky proposition when there is no supporting evidence beyond the testimony of Driver A against Driver B - especially when they both say it was the other’s fault.  That is a shouting match that neither lawyers nor insurance adjusters want to deal with.  Evidence - concrete proof of facts and happenings - makes the entire process much easier.  Enter the dash-cam.

Dashboard cameras are an excellent way of capturing what happens, when, where, etc.  A few record in black and white, but most record in color, and some of those come with sound as well. The camera is an excellent witness - silent, and irrefutable when it shows Driver A cutting off Driver B and then slamming on the brakes.  This video is evidence of what occurred, and thus swings liability from Driver A who was “innocently rear-ended” to Driver A who was not operating the car in a competent and safe manner.

Dashcams are an excellent investment, and relatively cheap for a driver to purchase.  They are excellent evidence in automobile accident cases, and well worth their purchase price.

Tiger Woods' DUI arrest - how does it effect you?
Distracted Driving in the Metro Area - a Problem We Can Solve!