One truth about driving is that you can be doing everything right, and follow all of the rules of the road, and still be involved in a car accident.  For example, you might have been stopped at a light and hit from the rear, or have been turning with the arrow and someone runs the opposite light.  Now, you need a lawyer!  Blaszkow Legal PLLC - the Alexandria Injury Attorney - is ready to fight to get you the compensation that you deserve.

How can an Alexandria Personal Injury Lawyer Help Me?

Car accidents trigger a whole lot of timelines, many of which you may not be aware of, and even if did know them, you probably feel too overwhelmed.  Chances are, the other person’s insurance is calling and emailing you, and your insurance is calling, too.  On top of this, you need a rental vehicle until your car is fixed, and you have some injuries that need to get treated.

The job of an attorney is to fight for you - unlike insurance companies, who fight for their stockholders. We at Blaszkow Legal are devoted to protecting you against anyone and everyone who could potentially steer your case in the wrong direction.  We prepare every step of every case like it might go to trial, so we are always very prepared to deal with whatever the insurance companies through at us.   We are protecting you from the moment you call us, so that statements cannot be used against you, so that tow-yard storage fees don’t build up, and medical bills are properly recorded and collated.

Securing the compensation that you deserve for injuries you sustained as the result of someone else’s negligence is a tough job, but our attorneys have over four decades of experience to put to work for you!

WHAT DO YOU NEED TO DO AFTER THE ACCIDENT?

After the crash, you may be in shock, and not really thinking about things.  Collisions can range from fender benders to serious rollover crashes and worse, and we have seen them all.

It is very important to do everything you can, from that moment, to make your case easier to prosecute against the at-fault parties. 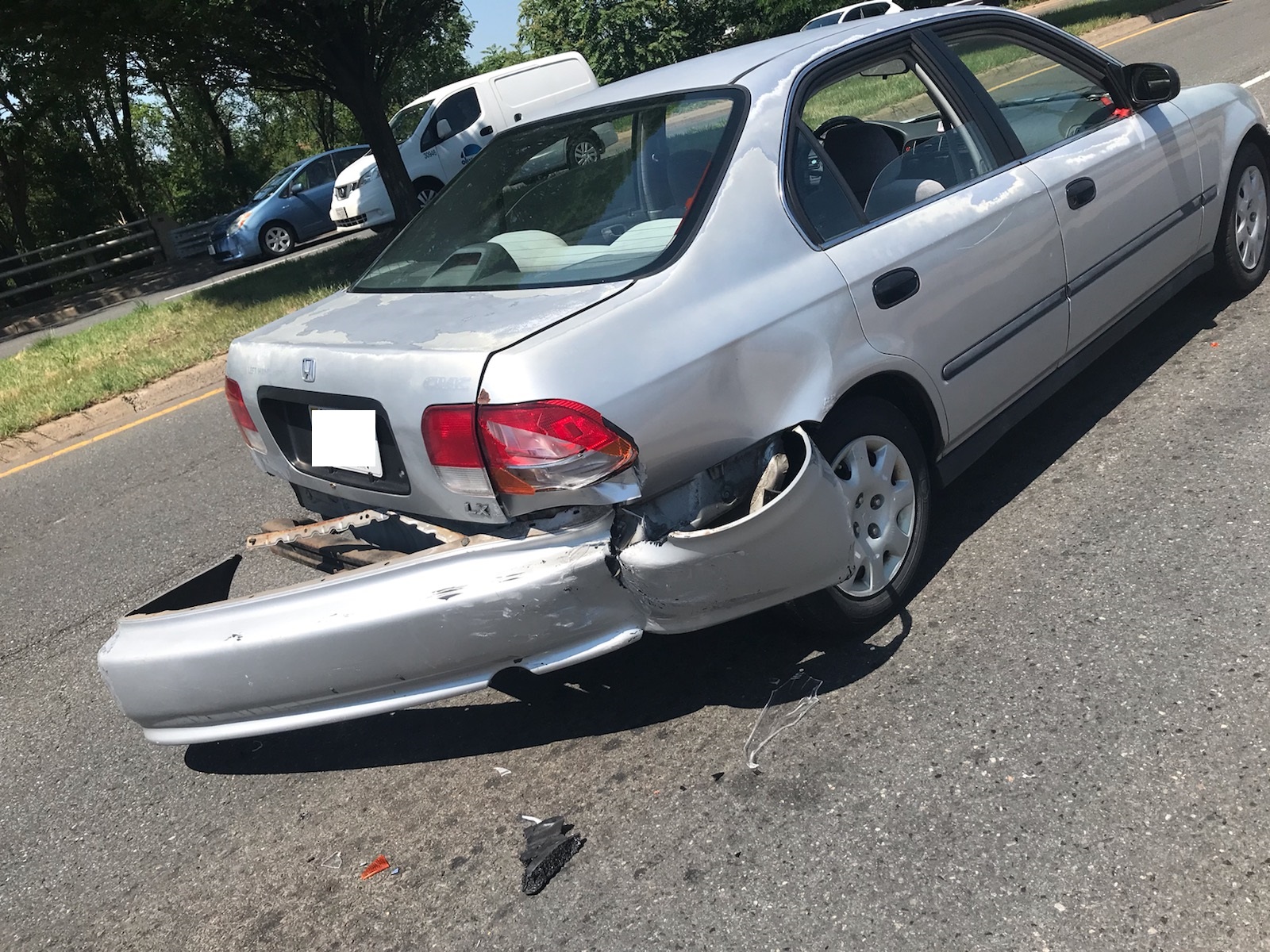 Bust out orange triangles, or flares (away from any leaking fluids, if any!) and stay out of the path of other cars.  After you have taken some pictures (See No. 3), move your cars from travel lanes to be safe.

Call the police, even if you think they will not come out.  This call is recorded, and serves to make the time and date of the collision, just in case there is argument, later.

Pictures are important, but don’t just focus on your car.  Make sure you get pictures of the other car (or cars!), the location, the traffic lights, and anything that could be important later on.

Sometimes, people just exchange insurance information, but knowing who insures the car is not enough, especially if the case has to be litigated.  Get a picture of the other person’s driver’s license, or state ID card.  Take pictures of the driver, and any passengers, too.

If anyone stops to say ‘I saw the whole thing!” then be sure to get that person’s name, phone number, and address if you can.  This may include pedestrians, as well.  Witnesses help defend against the “word-vs-word” claims that the insurance companies use to torpedo plaintiffs’ cases. This includes getting the name and phone number of passengers in your own car if you are an Uber or Lyft driver, as the App will never give you that information, and that can hamper your claim.

If you think you have been hurt, go to an emergency room or an urgent care clinic, and tell them what happened, and let the professionals make sure you are ok, or get you the treatment you need to ensure that you are!

Past Results Block Disabled - Click the Settings Gear on the right to enable again.

I was injured when I was rear-ended while stopped at a traffic light. After many months of unsuccessful attempts to get a fair settlement from the insurance company I finally decided to get a lawyer. I wasn’t sure Mr. Blaszkow could do much better negotiating than I had done on my own, but I was happy he and his staff would be dealing with the insurance company from now on instead of me. Not only did they relieve me of that burden, my settlement was triple the amount I was able to negotiate on my own. Thanks Mr. Blaszkow for representing me and ensuring I received the settlement I deserved.

I Received the Settlement I Deserved

I was involved in a car accident and insurance from the other driver denied our claim. We felt like we were in a bad situation and didn’t think we had much of a chance after waiting weeks to finally look for a lawyer and make a case. I went to the team at Blaszkow and they went above and beyond to help me out. We ended up with a satisfying settlement. Thanks again to Mr. Blaszkow and Mr. McMullen. Best lawyers I ever had and would strongly recommend them.

Mr. Joseph and his team did a brilliant job on my case. I was injured in a controversial road accident while I was driving my bike. At that time, I was desperate and a meeting with Mr. Joseph gave me hope for the fairness of my decision and this eventually happened! Thank you very much for your job! Recommend to anyone who's trying to find out the best law office.

Did a Brilliant Job

The Causes of Car Accidents in Alexandria, Virginia

Did you know that in 2021, there were almost 1,100 traffic crashes in the City of Alexandria, alone?  That does not mean Alexandria is an unsafe place to drive - it simply means that things can happen that are outside of your control, and you have to be ready to react, if they happen to you.

Drunk Driving - intoxicated drivers cause a huge amount of incidents, and this includes those impaired by both alcohol, as well as drugs.  Drivers using intoxicants have impaired reaction time, and cannot move as quickly as a regular driver.

Distracted Driving - infotainment systems, cell phones, in-car televisions, GPS devices and more are now standard in most cars.  Fiddling with these devices and computers while a car is in motion takes a driver’s attention from where it needs to be, on the road.

Speeding - some people need to be where they are going, now.  Some people just drive fast, and still others drive aggressively, by changing lanes quickly and often without signals.  Crashes caused by these behaviors are often worse than normal, because of the added inertia of increased speeds.

Weather - the weather changes rapidly in Northern Virginia, and some drivers don’t compensate for that, in rain or snow or ice.  Crashes during inclement weather, caused by the inattention or overconfidence of other drivers, are sadly common.

WHEN SHOULD I CALL A LAWYER AFTER AN ACCIDENT?

Immediately!  The statute of limitations in Virginia for car accidents is two years, but that does not mean you should wait to years to hire a lawyer.  If you wait that long, many things have the potential to go wrong: evidence can be lost, witnesses can disappear, statements can be made that suggest negligence on the part of the person bringing the claim, and more.

WHEN SHOULD I CALL A LAWYER AFTER AN ACCIDENT?

Immediately!  The statute of limitations in Virginia for car accidents is two years, but that does not mean you should wait to years to hire a lawyer.  If you wait that long, many things can happen: evidence can be lost, witnesses can disappear, statements can be made that suggest negligence on the part of the person bringing the claim, and more.

Hiring an attorney right away is essential, because an attorney can help guide you through the process, and push things along when necessary.  An attorney stops evidence from vanishing, or ensures that it is preserved.  An attorney will immediately investigate and work on locating witnesses, or even camera footage. 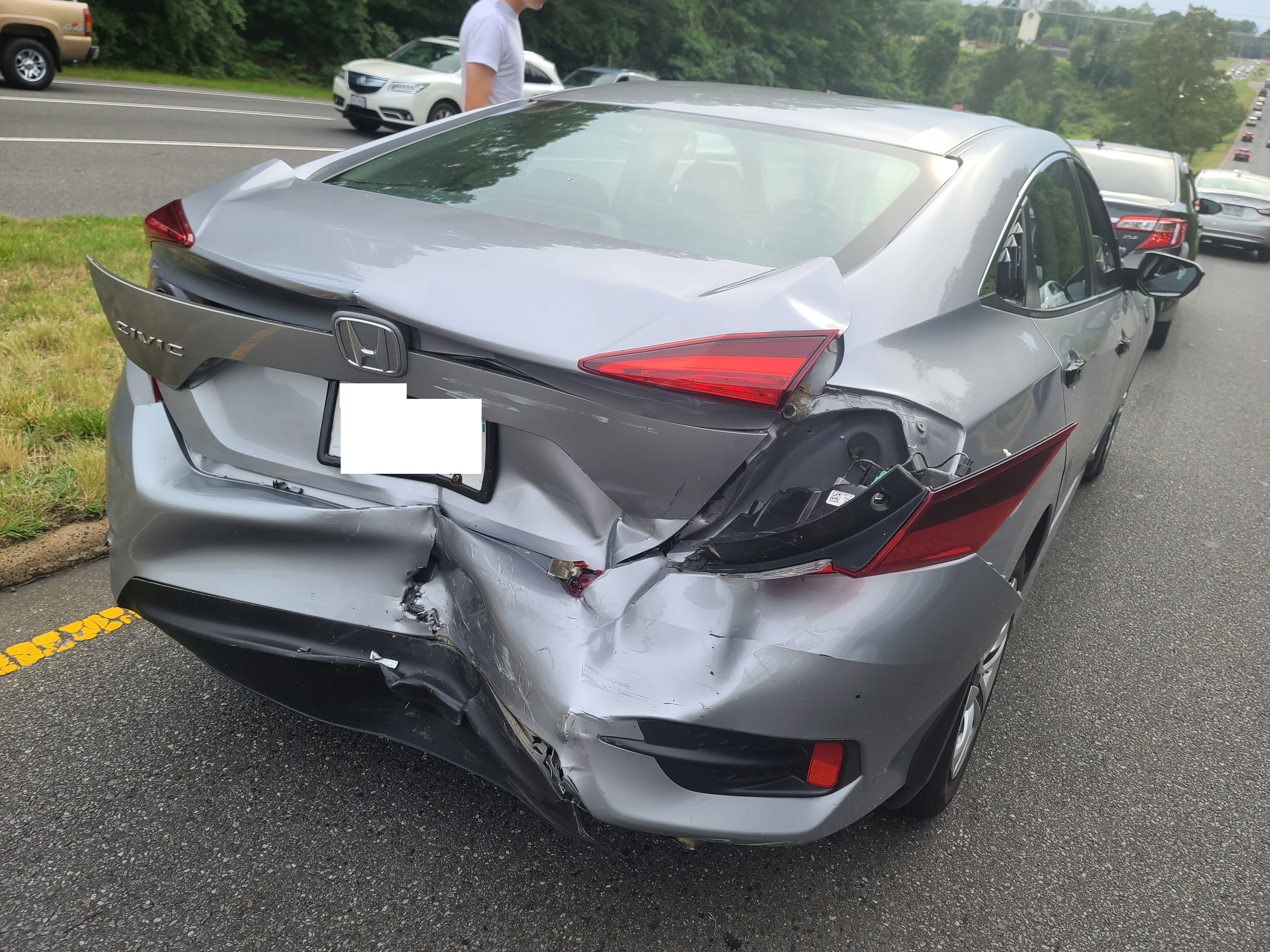